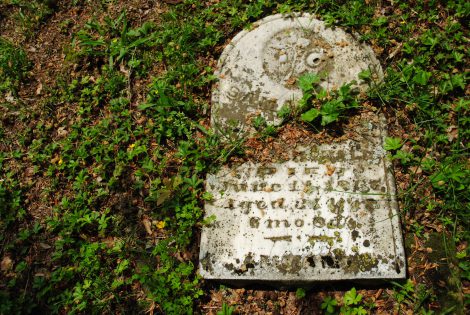 And hi there! I’m a progressive here in rural WV, and—bless your smug little heart—you’re sure doing a great job of helping our local coal and frack baron oligarchs with your , er,  erudite commentaries.

I read with interest your article called “No Sympathy for the Hillbilly,” in which—with regard to voter outreach—you call it “a fool’s errand for Democrats to fudge or abandon their own values to cater to the white-identity politics of the hard-core, often self-sabotaging Trump voters who helped drive the country into a ditch on Election Day.”

Um, let’s take your  curious statement above and break it down:

Certainly there will be cognitive dissonance for some.  However, reaching out is not abandoning values. Or is it that you genuinely cannot envision a way to reach out to the scary stereotypes you think live out here, these convenient broad strokes that you hope will relieve you of the responsibility of making something other than a lazy argument?

I’ve got news for you: there are actually 2.3 million MORE Trump voters in NY than there are in WV. There are almost 2.5 million more in PA. And there are nearly 4 million more in CA. Do you really think wiping out “hillbillies” would solve everything? 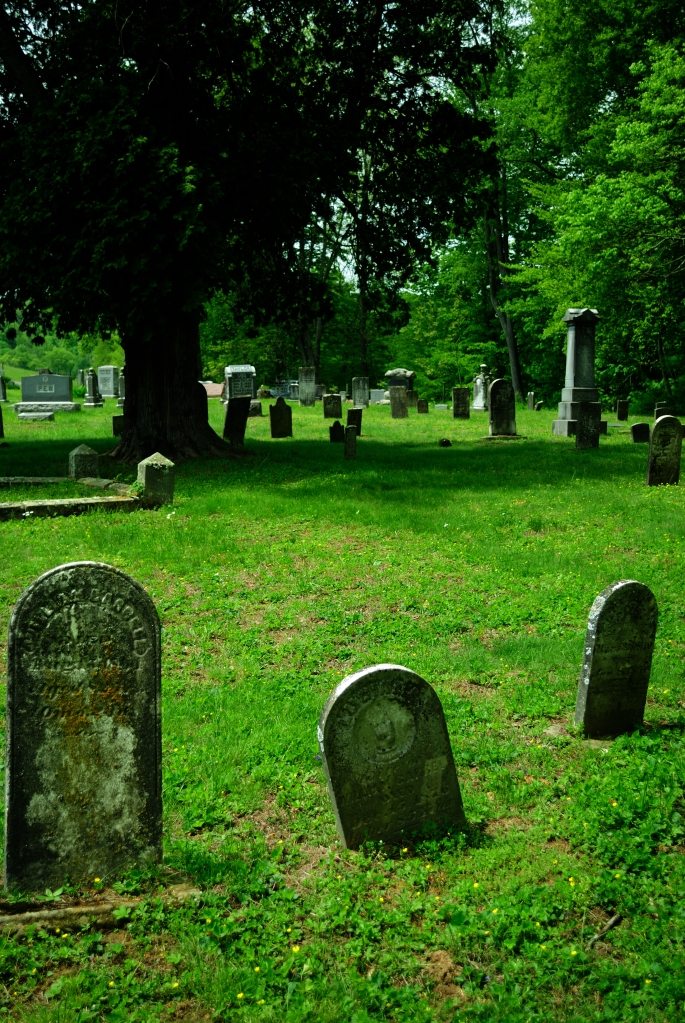 Did you think this through at all before you wrote it, or were you just click-chasing, going for sensationalism?

Either way, let me explain something to you. I’ve made this same point about outreach before:  You understand those unregulated poisons you want some folks to die by are pretty indiscriminate killers, right? Coal ash doesn’t have any access to voter records. Diesel fumes don’t avoid the airspace of progressive and liberal voters. So far as I know, aquifers aren’t protected from frack-fouling by party affiliation, and pipelines could go through my property regardless of how I’m registered to vote. Floods from weather events, those that happen more severely and more frequently due to climate change, don’t just hit the properties of climate-science-denying coal barons. Lead, MCHM and C-8 in our water poison us all alike, educated or not, regardless of race or age or socioeconomic status.

That IS what you’re mad about, right? You’re angry that despite your vote and your philosophical outlook, you’re still affected by how other people voted. Poor you; bless your affluent little heart. What a tragedy for you (and, oh yeah, for the rest of us, too). Crazy how much we have in common, actually: What a coincidence that I live in a democracy, too—that means that what other voters choose affects me—and that I’m ALSO concerned about how ending up with Trump as president will affect us!

But I’m doing something about it: I’m running for office—never done it before, and schmoozing isn’t my cup of tea, frankly. I’m shy and nerdy, and something of a recluse. But I’m focused on reaching out. I’m running with essentially no money or resources (and little hope of any), but with a small team of volunteers who will help me knock doors and talk to people out here, talk to them personally. Some will undoubtedly be people, incidentally, with whom I may heartily disagree on their choice for president, but who still don’t deserve to be finished off by industrial poisons, as you put it. Have you no decency, sir?

I don’t care who they voted for in the past. I care about making this state, and this country, a better place in the future—for ALL of us. These are my neighbors.

The importance of this is something you seem to have missed, because you also fail to recognize the challenges of living in a rural area without basic services that you take for granted. You talk about how we digest a “diet of right wing media,” but nearly half of Americans can’t afford a $400 emergency (and I’d suspect the number is even greater in impoverished areas, right?).

Did it occur to you that, say, $40 a month for a WaPo or NYT digital subscription is probably not a wise expenditure for at least half of us? And for those who can afford it, many don’t even have the I-net with which to get the access. Why get a smart phone when you can’t get cell reception? Many of us can’t choose to get cable, could we even afford it. Many have only one TV channel over the air—or none, like we have at my house. That I have I-net is something of a miracle. We don’t even have potable water in our house. We don’t live on a maintained road. Even my mailbox is about 4 miles away.

And I’m not some special snowflake. These are common challenges in rural areas. These are challenges, by the way, that rural progressives and conservatives share. These issues know no political boundaries.

Further, there are people who have it far, far worse than I, people working 40 or more hours a week at minimum wage, while trying to raise young kids, and driving an hour to work and an hour back. Or not working, despite being desperate for a good job. Nearly 21% of the people in my rural county live below the poverty line.

You want the poisons to finish us off? Heck, hunger might help here pretty soon. 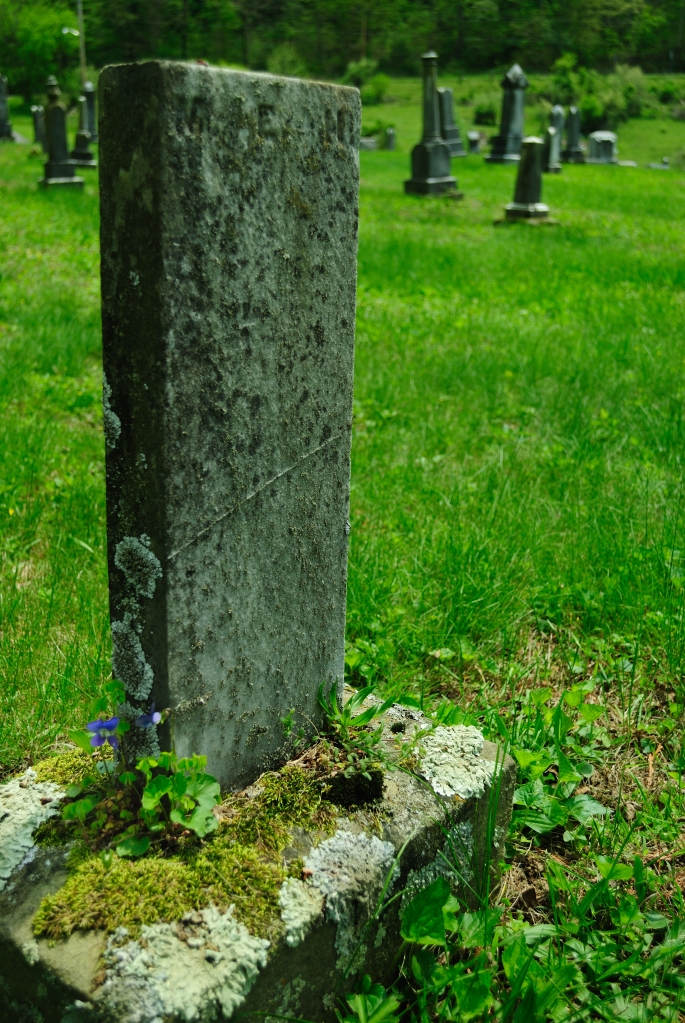 Winning the race here may be not-so-likely in my district; perhaps it’s unlikely that any progressive can win right away. So, your answer is: don’t try. Folks out here are hearing only the message they get on their one channel—or on hate radio. Do you really think they should continue to hear only that message? How is that working out?

Fie upon you, Frank Rich.

Maybe it’ll be a long battle of truth-waging, and a progressive won’t get elected here for many years. But speaking about these issues changes the conversation here, and it will help in other areas where progressives DO have a great chance, where they lost by just a few votes (MI, WI, PA, come to mind, but there are many races such as in GA where reaching out can make a difference, too).  And I’m going to point out how much you’re helping your opponents when you write such  ill-considered words.

Finish us off with poisons?!! Ye gods.

“Holler from the Hollers.” That’s my campaign slogan. As you have so skillfully demonstrated, our voices aren’t really being heard. We’re just stereotypes. We’re all “hillbillies,” right? We end up at BEST with representatives like Democrat Joe Manchin—the number of scare quotes I wanted to add to the preceding phrase was truly ridiculous—who repeat extraction industry talking points, and the papers print those talking points more or less uncritically, so long as a bought off politician recites them. Then folks like you read them and think he’s telling the truth about us. You think ALL Democrats here are like Manchin: that we want SPR repealed, believe there is a “War on Coal,” want Sessions as AG, and are happy for science-denier Pruitt to further dirty our water and imperil our lives.

Manchin is repeating industry talking points because that’s what he gets paid to do.

Folks here have no representatives. We’re hollering from the hollers at our state government, the state party, and also at  folks like you, whose hope for progress in the country seems to rest on the indiscriminate demise of the people who live here. 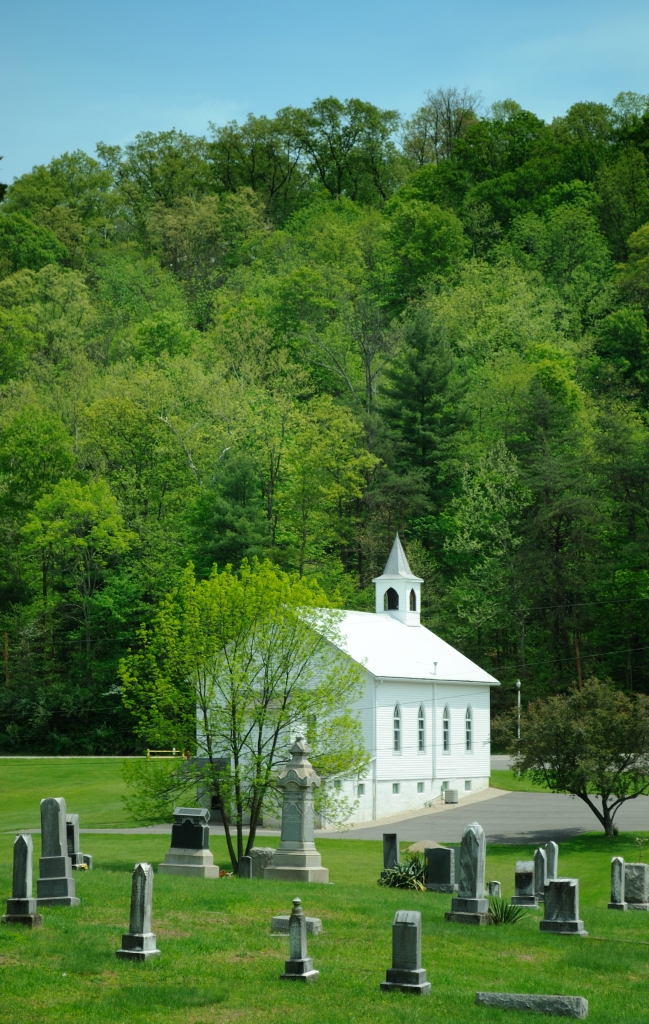 We ARE people, by the way. Again, hi there. I’m a person, and so are my neighbors, regardless of party. So are the children. Our deaths won’t solve your problem. The fact that you wish it on us helps perpetuate the divide, in fact.

You’re not helping your own cause with this stuff, because those white trash hillbilly stereotypes you’re spreading around are essentially PR tools used by Extraction Barons to make it easier for liberals elsewhere to accept that we’re expendable here in the Sacrifice Zones. And gee, you seem to be playing right into their hands. You’re carrying the banner for them, in fact! Is it startling to realize that when you wish death on us, it reinforces the message they’re hearing from Extraction Execs and Republican leaders, which is: “They regard you as less than human, they’re set on ending your livelihood, and they don’t care if your family dies.” 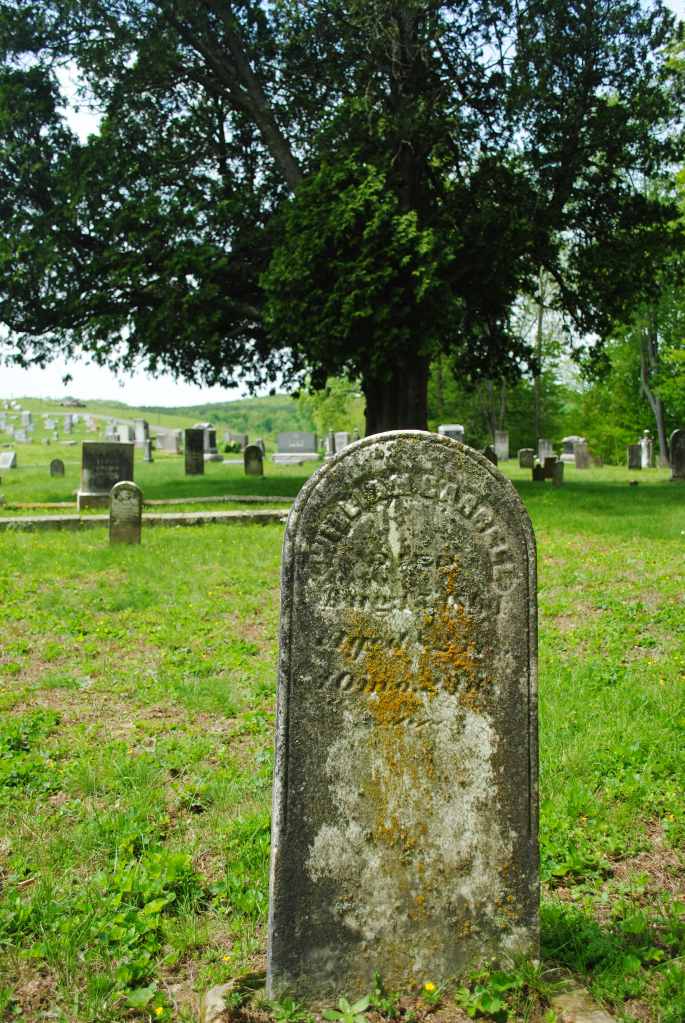 Do you really prefer we die by those unregulated industrial poisons, or would you be fine with it if they just drive us out of the hills and hollers, impoverished, in the new Highland Clearances? It’s just us, after all. Us and our young “hillbilly” kids—kids who aren’t responsible, BTW, for how their parents voted, no matter which candidate they voted for—who’ll be killed off in horrific fashion by those poisons. 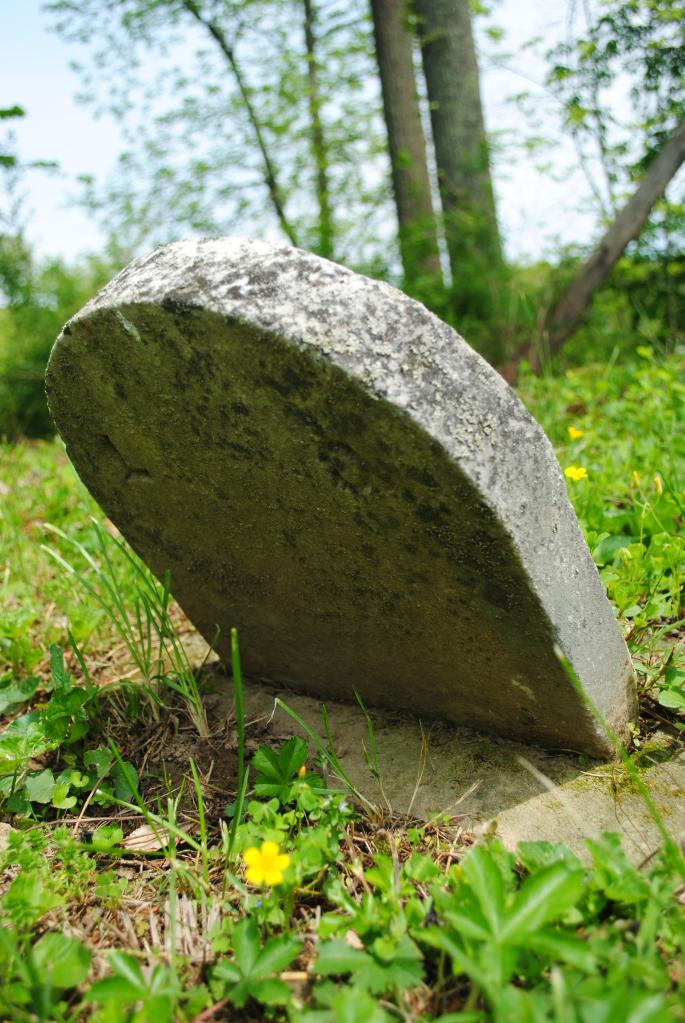 Screw you, Frank Rich. You owe us “hillbilles” an apology. We’re not expendable. That’s a dirty industry lie you’re spewing.

I’ll be checking my inbox for your mea culpa. But don’t worry… I won’t be holding my breath. Despite the fact that I’m a progressive, I can’t, you know, avoid breathing in those poisons. 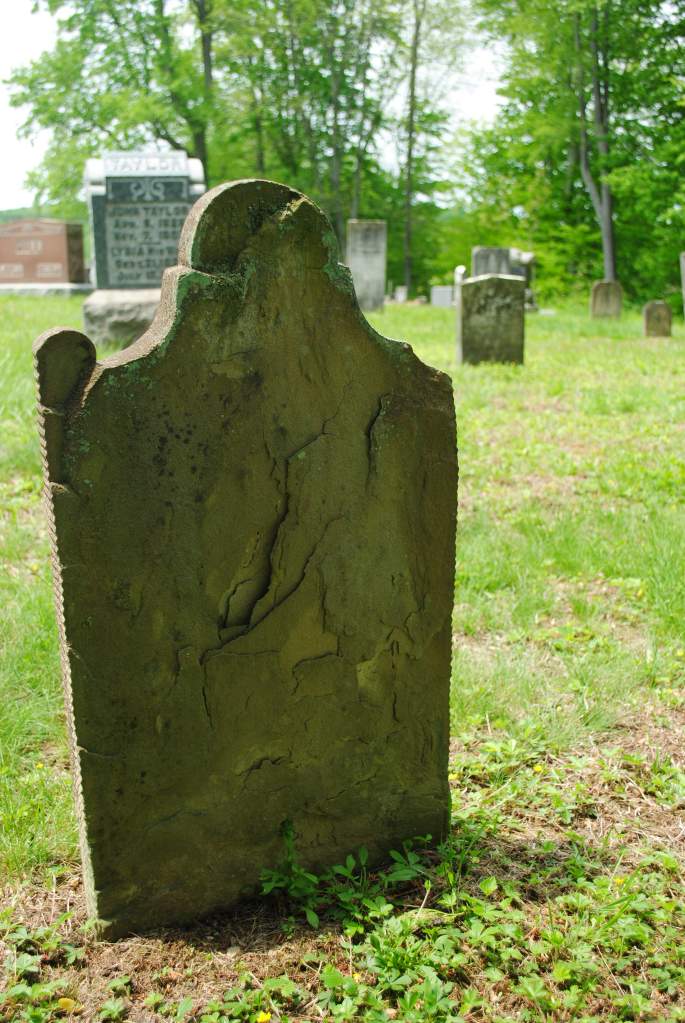