The WV Legislature is meeting again for a special session to try to fix the budget. And the plans they and the governor have proposed have ALL ended up giving tax breaks to the rich while raising taxes on the middle class and poor people.

Is this what we elected them to do?

First let’s hear how YOU want them to fix the budget, then we at The Appalachian Oracle will share our thoughts. Take our poll and let us know what you think…

How the WV Governor and WV Legislature should fix the budget

Wondering how we’d want to do it? First, DON’T make regular folks pay more taxes to give tax breaks to wealthy donors. We have to stop transferring wealth from the poor to the rich.

Not surprisingly, this is a perspective that is held overwhelmingly by regular WV tax payers, irrespective of party: Democrats, Republicans, Mountain, Libertarian, and unaffiliated. In fact, 70% of West Virginians are willing to pay more taxes for services, but don’t want their tax money handed over to wealthy interests in tax breaks.

This can’t be surprising to elected officials, can it? So why do they keep pushing plans that do exactly that?

So here’s what we’d do: we’d want to legalize cannabis, which would fill nearly $200 million of the budget gap. We should also end the business tax cuts that put us here, raise severance taxes, add a high income tax bracket, raise the excess acreage tax.

Wonder how your choices would do? Check and see. (Note that cannabis is not included in that calculator, so if you’d choose to legalize cannabis, add $194 million to your total as you go.).

Are you angry that our elected officials aren’t making these common sense choices?

Let your legislators know how you feel about the budget

Let them know before it’s too late. They can still give us a good budget if they’ll only aim to.

Want to let the governor know how you feel? Do that here.

Here’s the House roster. Here’s the Senate roster. Call or email your representatives. (If you’re not sure what district you’re in, see the maps below.)

If you contact them, be sure to mention that we’re aware that the business tax cuts they promised would bring jobs simply handed money to CEOs and put us in the mess we’re in. Let them know that we’re aware they can solve the budget crisis without transferring wealth from the poor to the rich—and that we expect them to do that, or we’ll vote them out.

And hey, ALSO consider donating to candidates who support the budget you want for West Virginia. Our state budget in a real sense shows what our priorities are.

Want someone who won’t prioritize the wealthy? Donate to them. Volunteer for them. Or BE one of them. Run for office! 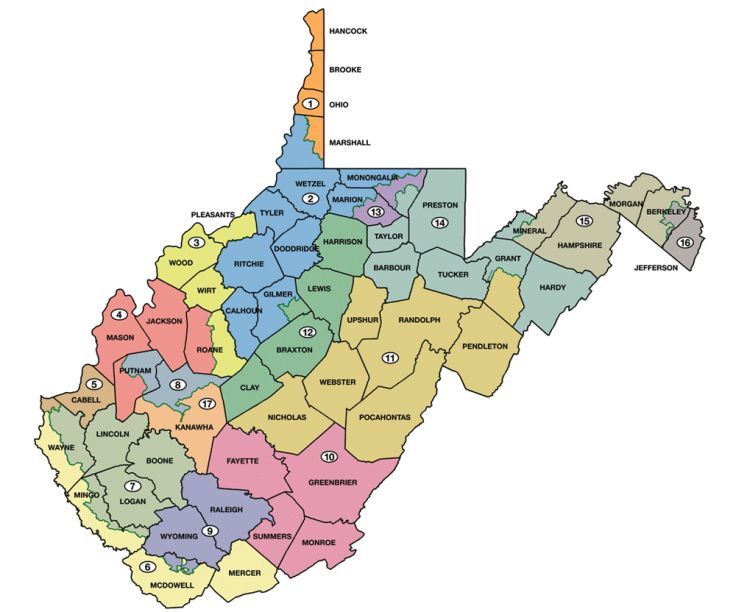 3 thoughts on “Poll: How to Fix the WV Budget”