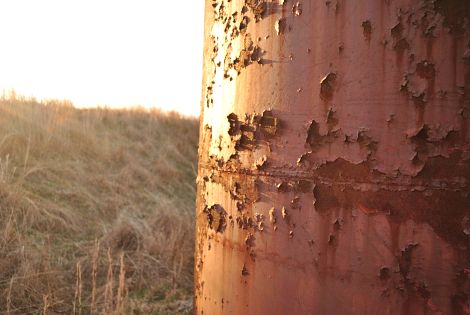 Let’s be clear about what’s going on in WV right now. This legislative session seems laser-focused on answering the question of whether our government is going to enable corporations to sacrifice us or not.

Just so you know, we’re not a willing sacrifice.

We have to demand our representatives kill the #MoreSpillsBill. I’ll show you how to do that below—or if you’re in a hurry just skip down to see how to call—or click here to send a letter to the Judiciary Committee. But first I want to show you what risks this will place on us—and why they want us to bear those risks.

Of course, you probably already have $ome gue$$e$ a$ to the an$wer…

The risks of the #MoreSpillsBill

What you see here describes the extent of the most recent proposed sacrifice zone,

which is essentially an area that government cedes to industry damage. This is not just an illustration of how many tanks are in each county; these are maps of costs and risks imposed on us, where corporate pillage will occur at high rates. The darker the color, the more these areas are likely to lose financially, in years from our lives… and the health and welfare of our children.

That’s a sacrifice zone: You have to break some eggs, right? In this case, corporations will be imposing a greater risk of chemical spills on us in order to save corporate donors the money they’d otherwise have to spend ensuring our safety. Then some amount of that saved money is then funneled into politicians’ campaign coffers.

Shocking! But that’s our system of government right now.

The bill in question is HB2811, and if we don’t want to be sacrificed, we need to demand they kill the #MoreSpillsBill. There’s a Tarantino joke in there somewhere, but I’m a little too horrified to enjoy it.

Here’s why it must be killed: “The legislation would exclude 29,000 tanks owned and operated by the oil and gas industry from West Virginia’s Aboveground Storage Tank Act, according to a preliminary analysis by the state Department of Environmental Protection. That’s 69 percent.”

Proponents will tell you the bill would “only” exempt tanks holding 8,820 gallons or less. Just as a reminder, the MCHM spill in Charleston was 7,500 gallons. Yeah, the disastrous Freedom Industries Chemical Spill into the Elk River. Remember that? It only poisoned the drinking water for 300,000 people… and it was SO long ago! Way back in 2014. Ah, the days of my youth! I would have been only 42 year old, a young stripling, really.

Well, despite that 7500 gallon tragedy, here we are. We’re here because corporations can buy your legislators to exempt tanks holding far more than what poisoned those 300,000 people just a few short years ago. We’re here because Oil Barons are actually claiming that crude oil is not really a hazardous substance, and deceptively arguing that the MCHM tanks were larger than 8,820 gallons, while conveniently forgetting to mention that the spill was 7,500.

This is an argument meant to misdirect.

And we’re here because they’re counting on us not only to have short memories, and to be deceived, they’re also counting on us to be so used to the sacrifices forced on us that we won’t fight to protect ourselves. They want us to be resigned. Quiet.

They want us to go gentle into that good night.

But we’re not a willing sacrifice.

Why they want us to bear these risks

The Freedom Industries spill not only sent people to the hospital, but cost local businesses 61 million dollars.  Yet Freedom Industries paid only $2.1 million. That went toward clean-up and did not address the losses of regular folks and small businesses. The infamous bottled-water-swilling CEO Gary Southern complained about his long, no-good, very-bad day of having to answer questions about what he’d done to us here, and eventually went to jail—for a whole month. Freedom Industries then declared bankruptcy, and shortly thereafter—with executive assets protected—seemingly reincorporated under another name, Lexycon.

Essentially they got away with it. Freedom execs are now Scrooge-McDucking-it in their millions, even though they owe the Charleston community about 61 million from that one incident alone. This is how this state is impoverished when companies build up a huge Extraction Debt, but get us to bear all the risks and pay for more than the lion’s share of the costs while they pocket the profits.

But at least the legislature that year enacted protections meant to forestall future tragedies, and it was a great start.

But as it turns out, it’s cheaper to buy the legislature than to worry about what’s potentially spilling into our water:

Who wants to worry about that stuff if you’ve got money to count? So corporations have been busy buying legislators.

The shameless attitude can be boiled down to this: if it might cost, let’s say,  3 million dollars to inspect the tanks and protect 300,000 people… Well, sorry Charlie. To them, we are not PEOPLE, we are just NUMBERS in a ledger. Ten bucks a head will cut into their bottom line, make it harder to swim around in all that gold. Might have to sell their second house.

But we’re not just numbers. And we’re not a willing sacrifice.

So here they are trying to roll back protections again. What would that mean to us here in my district? A lot.

This also overlaps the sacrifice they’re trying to force on us at the border of Ritchie-Doddridge with the Antero Frackwaste Landfill that would affect 89 of our streams and pack our hollers with salts.

What risks are they forcing on your neighborhood?

No One voted to be Sacrificed

Don’t be deluded into thinking this is coming from just Republicans (or just Democrats). Because corporations don’t care who you vote for when they own both parties.This isn’t a matter of Republicans versus Democrats. It’s a matter of corporations and their political mouthpieces on both sides of the aisle against the rest of us.

As an example, one of the sponsors of the #CancerCreek bill was Delegate Miley. A Democrat. He’s also sponsoring the #MoreSpillsBill. And he represents Harrison County, which would be the third most impacted in the state. Miley’s campaign money includes

Delegate Boggs, also a Democrat, represents part of Gilmer County, which would be the sixth most impacted county. His money includes

Delegate Nelson, a Republican from Kanawha County, got nearly $25K of energy and chemical money, including

Interested in where your representative’s money is coming from? Here’s how to check.

Here’s what’s important to remember: #MoreSpillsBill isn’t a done deal. Public outcry about #CancerCreek is working. Now we must also demand our representatives KILL the #MoreSpillsBill.

This takes just two minutes. If you can do nothing else, do this:

CALL YOUR DELEGATE/S TODAY to demand they KILL the #MoreSpillsBill.

Here’s how to find your delegate:

Did you get this information too late? CALL ANYWAY.

If this bill passes it still has to go through the WV Senate. So call your state senator.

CALL YOUR WV STATE SENATOR if this bill passes the House

Tell your representatives: It is NOT RIGHT to increase our risks when we see no benefits… only losses. Socializing the risks and privatizing the profits is NOT OKAY.

We’re not a willing sacrifice.

9 thoughts on “More spills: We’re NOT a Willing Sacrifice”