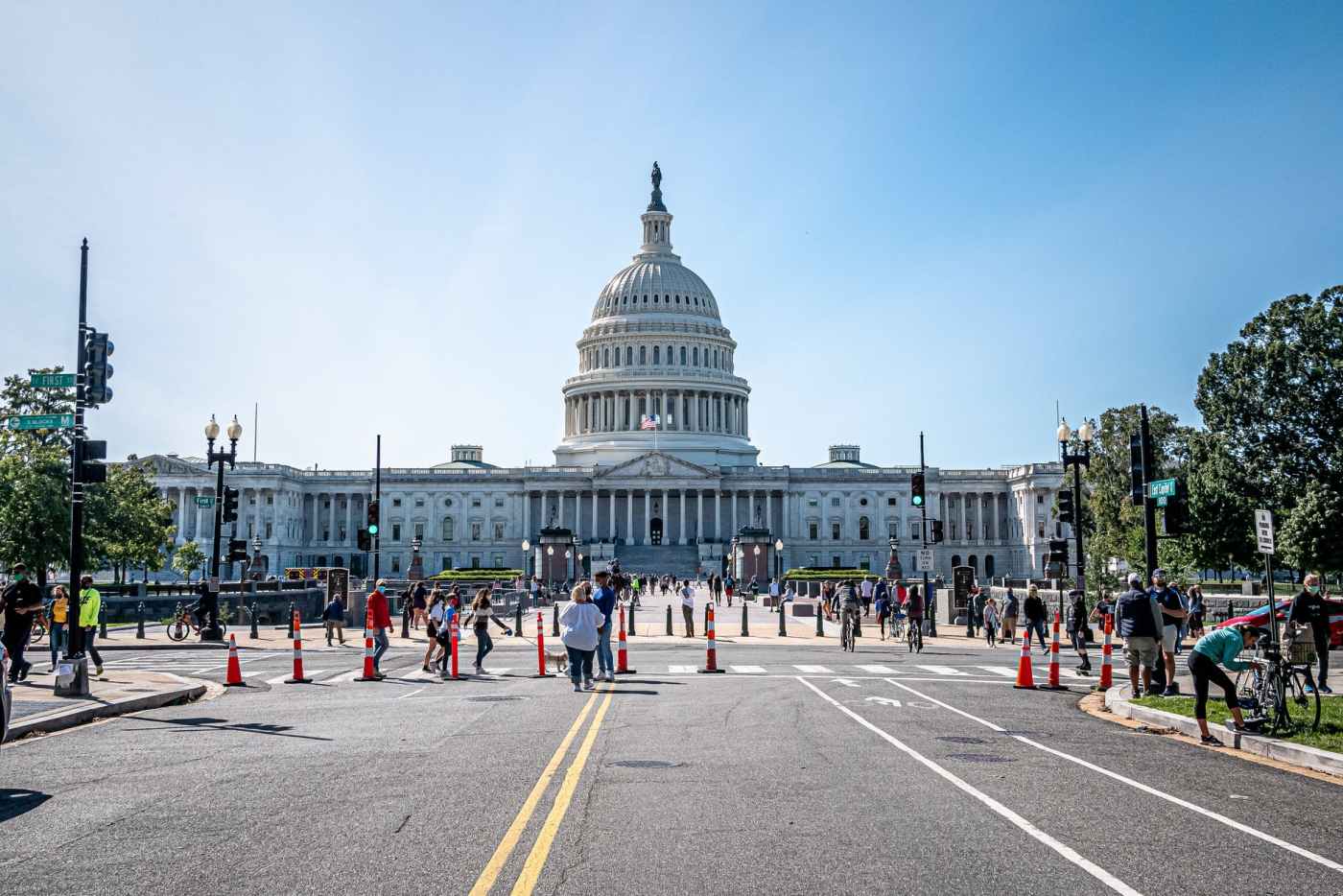 Have more urgent questions that are not listed below? Please add them in the comments.

I’m a West Virginia progressive running for state office, and I’m super excited about Paula Jean Swearengin‘s campaign to be our US senator: WV deserves better, far better, than Senator Joe Manchin.  So it was with great interest this morning that I saw Manchin had requested you all at TYT interview him. I understand you’ve scheduled an interview for Tuesday, July 11. As a West Virginian, I’d like to suggest some possible questions—things about which West Virginians deserve to hear answers—REAL answers…

I know you’ll be asking him about things like the $15 minimum. I’m hopeful you’ll also be able to call him out on the way he’s failed West Virginians so terribly. I’m writing because you can try to hold his feet to the fire in a way we can’t. I’ve been to Manchin town halls, but in that setting no one person can really spend two hours pressing him individually, demanding answers rather than his usual deflections. That means Manchin can simply sidestep or give non-answers and move on to the next person.

We deserve real representation. I’m sick unto death of having our representatives stand up for industry, but not for people.

Here are my 12 urgent questions for Manchin:

1. Manchin’s daughter’s company, Mylan, has been purchasing coal and then selling the smog-producer at a loss to get tax credits. But as a major asthma drugmaker, they’re also actively contributing to the health impacts from which they then profit. Does he fully understand how predatory that is? He’s likely to say it’s wrong (that’s what he said when Mylan completed its tax inversion in order avoid other US taxes) or that he’s unable to understand the complexities (that’s what he said about the price gouging of the epipens), so please press him: what specifically is he going to do about it? Why should we be subsidizing coal at all when it socializes so many costs directly on West Virginians and other mining areas? What are his actual plans to transition miners to industries that have a future, and that will stop disproportionately hurting West Virginians? Why in the world should we trust that he’s going to do anything other than spew words and do bupkis?

2. Every stream in WV already has a fish consumption advisory. Every. Single. Stream. Why then would he stand like a ghoul grinning over Trump’s signing of the repeal of our stream protections? Why isn’t he fighting to clean up our streams so we can eat more than 2 small portions of wild-caught bass a month again without fear? Can he give any examples of having fought for cleaner water, or are we just expendable?

3. He has claimed at town halls that the reason he’s voted for so many of the terrible cabinet picks like Sessions and Pruitt  is that voting for them then gives him leverage with Republicans. Of course, that is just a BS excuse. What victories has this “strategy” ever yielded him, other than campaign donations?

Paula Jean Swearengin is not taking money from SuperPACs.

4. Manchin demanded to be primaried, and then after seeing he had a great challenger, he’s suddenly begun pressuring other members of congress to sign a pledge not to campaign against “sitting colleagues.“ Is he able to see how signing a pledge to protect the status quo–to protect those already in power, to protect the Republican majority in congress—is anti-democratic and even betrays the people who voted for him? He’ll say it’s not. Please press this point.

Paula Jean Swearengin will be standing up for West Virginia voters, not big donors.

5. At a town hall in Parkersburg, the whole crowd erupted with shouts of “lies, lies!” when Manchin tried to claim cannabis was a “gateway drug.” At every recent town hall, in fact, Manchin has been asked about cannabis legalization. His pat answer at every single one that he needs to learn more. That’s the same answer he always gives. He’s been making that deflection for many months, if not years. But he’s not learning anything. This is the empty excuse we get from a guy who told a long story at that same town hall about having his staff spend two full weeks going over paperwork with a fine-toothed comb to see whether or not federal dollars were being spent correctly. The info about the effect cannabis has on opioid overdose deaths—they decline where cannabis has been legalized—has been reported on extensively in the media and is readily available to anyone who can take 30 seconds. It doesn’t take two weeks of line-by-line auditing. So is he finally willing to acknowledge facts and fight for cannabis legalization or would be prefer to deflect with ignorance and fight instead for more of that sweet, sweet family pharma money?

6.  While the coal industry has been foundering due to market forces, coal CEO pay has been rising. Is Manchin able to understand why echoing industry talking points that President Obama had a “War on Coal” is not only a lie, but it’s a lie that hurts West Virginians, his own party, and especially mining communities?

Paula Jean Swearengin is the daughter of a coal miner who understands that there’s actually a corporate War on Miners—and she’s going to fight to protect our communities from Coal Barons.

8. Does Manchin recognize that choosing between good jobs and clean water and air is a false dichotomy? Why isn’t he fighting to get renewable energy infrastructure in place so WV will be ready to move into the clean energy future?

Paula Jean Swearengin will work to make sure we can transition to renewables so hard-working miners and gas-oil workers will have access to good jobs and a bright future in our small towns and rural communities.

9. How many actual citizens has Manchin talked to that are asking for a Appalachian gas storage hub to be inflicted on us? Has Manchin talked to anyone who’s not being paid by industry? Has he talked to the people whose property values will be negatively affected? What’s his plan to make sure we won’t be paying socialized costs and bearing risks so Gas and Oil Barons can line their pockets and give him a share in donations?

Paula Jean Swearengin understands that we don’t have to trade our safety for good jobs, and she is out here talking to—and fighting for—the people who live here.

10. Courts have ruled that it’s okay for coal companies to declare bankruptcies on miner pensions, and then pay exec bonuses of millions more than the pensions were worth for “saving” that money for the company. Madness! What specifically is he going to do to make sure that’s illegal? Why hasn’t he done it yet?

Paula Jean Swearengin wants to make sure this can never happen again, not to coal miners—not to anyone.

11. Does Manchin understand that the “needs” of coal barons are different from the needs of coal miners? Have him list out how. Call him on any bullshit.

Paula Jean Swearengin knows miners have powered our country with their blood and lives. She wants to make sure it’s more expensive for companies to ignore safety regulations and put miners at risk than it is to pay token safety fines and put workers and communities at risk.

12. Does Manchin believe that WV landowners should be generously compensated for the loss of viewshed due to extraction activities? Does he believe property owners should have the right to protect their property values? How is Manchin going to protect us from oil police, and the militarization of corporate forces? Does he view poor, rural WVians as “jihadis” when they try to protect their homes and farms—often the only assets we even have? What specifically is he going to do about that?

Paula Jean Swearengin knows what 99% of us live like; she understands the struggle. She understands that the system is rigged to transfer wealth from the poor to the rich, and she’s going to fight to make sure our properties are protected.

BONUS: Does Manchin believe that it’s okay for a company like Antero to locate an experimental frack waste dump and processing facility in the peripheral zone of concern for the drinking water intake for about a third of a county, simply because that’s the location that will save the company the most money? Doesn’t he think any facility should instead be located in such a way as to minimize the risks to the people who live here? How many peaceful homes and family farms is it acceptable to inflict with 600 trucks per day (about one every 2 1/2 minutes, 24 hours a day) with no compensation for the property value loss? Does he believe that we should demand cost-benefit analyses of industrial facilities to examine Extraction Debt—to look not only at costs and benefits, but WHO is paying the costs and WHO is getting the benefits—before issuing permits? Does he believe that frackwaste run-off should be treated as stormwater and allowed to flow into our streams?

Paula Jean Swearengin wants to make sure West Virginians aren’t poisoned or driven out of their homes by greedy corporate executives who are willing to inflict risks on others, but not in their own communities.

I really want someone to actually stand up for the people who live here, so those are my baker’s dozen questions. They’re the concerns of the folks who actually live out here in the area Manchin is claiming to represent. Yes, these are the concerns of my rural, red district, too. It’s not Manchin’s job, by the way, to find a middle ground or compromise between what’s good for citizens and what’s good for industry. It’s his job to represent citizens. PERIOD. We need business and industry, of course. But we’re not here to be sacrificed to the corporate bottom line so Manchin can pocket campaign donations. That’s just not what we hired him to do

So ask Manchin… why in the world would West Virginia be interested in having him as our senator rather than Paula Jean Swearengin? Paula Jean 2018! She’ll actually represent US.

Thank you,
Lissa
http://www.lissalucas.com
Holler from the Hollers!

West Virginians… do you have any other questions for Manchin? Please add them in the comments below.  I can’t promise Cenk will ask them, but fingers crossed he’ll hear us hollering!