A colleague of mine used to joke that the best thing a parent can do when the baby learns to sit up is to place a finger squarely on the child’s forehead and push the child right back down. “They’re best,” she joked with the frazzled authority of a mom of five, “before they learn to get around on their own.”

It’s the joke that comes to mind with regard to the new Memorandum of Understanding (MOU) with China, in which they’ll “invest” $84 billion here in WV.

If our government—or China—were working for our long term good, they’d get infrastructure in place for WV to get involved in solar panel manufacturing or other renewable, sustainable industries that have a future. Those are industries that create far more jobs per dollar invested than fossil fuels—and which don’t impose the risks and costs on us that fossil fuels do.

But it’s easier for our politicians if they can put off having to deal with West Virginia’s long term economic problems. There are politicians from both parties who want to just put it off. It’s too hard.

Yeah, the Chinese Gashole is the proverbial finger on our foreheads, keeping us down.

… for a temporary boost chiefly to the wealthy, long term risks, reduced property values and lifespans… and an industry that drives away tourism and other businesses.

Because who wants to visit this?

We’re not even being permitted to see the Memorandum that sells us out.

No matter what the specific terms of the Chinese MOU are, we already know that, for us, the long term implications are grim: in addition to the property rights and property values assaults those in rural areas will be facing in the short term, and in addition to the pollution and risks that will be concentrated in our communities, the Fossil Fools ostensibly representing us will be giving China a long-term competitive advantage in renewable energy tech in the future.

In 20 years, or 50, we’ll be buying our solar panels from China instead of having good infrastructure in place to build them here in WV. Rather than focusing on getting WV communities transitioned to renewable energy in a way that doesn’t leave miners and gas-oil workers and communities behind, we’re turning backward and focusing on an industry that has no long-term future… but DOES have serious long-term costs.

Understandably, China would prefer the United States to be less competitive in the future, to fall behind in creating renewable energy infrastructure, to have to buy our solar panels from THEM, while our politicians fall all over themselves to move us backward rather than ahead.

In chess we’d call this “investment” a “poisoned pawn“: China sacrifices material in the short term… in order to gain a long term strategic advantage.

That’s a great strategy… for China.

While the Chinese government can celebrate creating this incredible future opportunity for China,  some of our own representatives are so lazy and shortsighted that they’re actually celebrating, as if this is good news for us, too: “Hooray! Now we don’t have to figure out how to get good paying, clean jobs in industries with a long term future to distressed areas!”

Yeah, one of the most polluted countries in the world—pollution in China kills 4000 people every day—is poised to inflict their pollution on us from afar, even further off than usual for WV. And mind-bogglingly, here in the U.S., elected officials from both parties are competing for the credit/blame for allowing yet another burden to be placed on West Virginians.

Meanwhile, campaign donations from fossil fuel interests will help the bought-out politicians from both parties win re-elections, even as they set the rest of us on course for a Resource Curse future consisting of a disproportionate tax burden, shortened lifespans, industrial accidents, reductions in property values, and more.

Been there, done that

Let’s be clear: this Chinese “Sword of Damocles” is NOT going to help lift WV out of the boom-bust nature of fossil fuels. Familiarly, it keeps WV’s economy essentially dependent on its abuser… similar to Antero’s $275 million dirty “investment” in Ritchie County, which has inflicted on us a frack dump upstream of the only public drinking water intake in the county, destroyed roads, and an invasion of 600 freight trucks a day on our small community. This, in exchange for a handful of jobs that may not even go to local people.

Jobs in fossil fuel infrastructure are temporary. The costs and risks are permanent.

So let’s be clear: these Extraction Barons—and their political mouthpieces—are not looking at the long term economic health of our people, our state, or our country. They’re looking at what personal power and wealth they can acquire for themselves, right now.

We need them to focus on something other than getting more money for themselves. 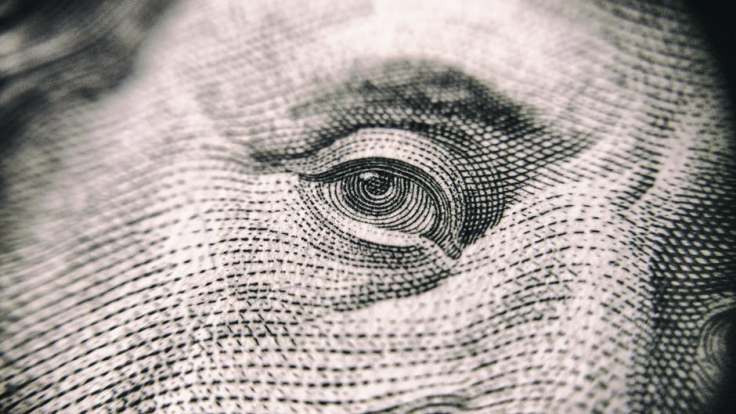 As long as fossil fuels remain our economic focus, we’re allowing China to get more renewable infrastructure in place in China, while we’re forced to wallow in their pollution and fall further behind in getting sustainable industries with a strong future to our distressed communities.

Our fossil fuel workers and our communities deserve better!

But what “bipartisan” often boils down to if you’re not paying attention is that members of both parties are working hard for corporations. That doesn’t help the people who live here.

Subhead idea: “Dems clarifiy: ‘We love overbuilding gas infrastructure way more than Republicans, which is why we have to tell you that Tomblin started the Chinese gashole and WE WILL FINISH IT.'”

Both Manchin and Capito were on board with rolling back our stream protections. Does that really make you feel any better about that tragedy? They’re both on board with the Appalachian Storage Hub and the Chinese MOU, too. But the rest of us are nowhere to be found in these equations.

Does the fact that Gashole Politicians of both parties are doing corporate bidding… does that help the folks in Minden who are getting chemical burns from the water in their taps? What about the folks here in Ritchie who need basic services like water and sewer? Why do corporations get so much more attention than we do?

“Bipartisan”: It’s such clever spin, because we’re all so sick of partisan bickering and party-over-people—and for good reason. Seriously, I’m sick of it, too.

But we have to put people over party, not corporations over party.

We want a bipartisan group of legislators working to make our lives better—not to increase their own privilege.